Vaginal leiomyosarcoma in a Labrador

A 7-year-old female Labrador presented with a large soft tissue mass, a leiomyosarcoma (a malignant tumour of smooth muscle cells), in the perineum (the area between the vagina and the anus).

It originated from the dorsal vaginal wall very close to, and just in front proximal of, the urethra on the ventral aspect. She also had an ovariohysterectomy. A catheter was placed into the urethra to aid surgical navigation, and was maintained for a week or so post-op. At that time, she was managing to urinate well, and is knowingly defaecating in the garden.

The histological appearance was consistent with a leiomyosarcoma, which appeared to have been completely excised with narrow margins.

Leiomyosarcomas are uncommon tumours that tend to be locally infiltrative but are only occasionally metastatic. The prognosis largely depends upon the ability to achieve local tumour control.

A year later, we followed the case up by phone and the owner advised there was currently no sign of recurrence – no straining etc.

Warning: images below are pretty graphic. The area has a good blood supply and so there can be a significant need to control haemorrhage. 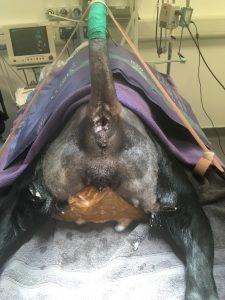 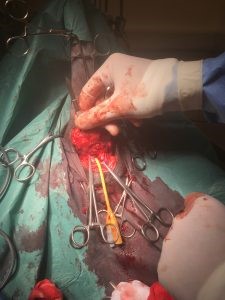 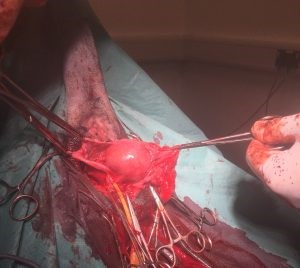 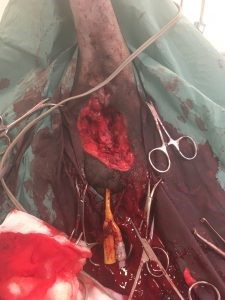