Alfie, an 11 year old dog, had a locally invasive but non-malignant mass on the front of his upper jaw called and ameloblastic fibroma. This was removed as a block of tissue and the nose was spared.

The wound healed well. A tiny fistula – communication between the nose and mouth remained – but this had no functional significance. If it ever did cause issues like food particles causing tissue irritation/inflammation in the nose, , then closure would be straightforwards.

Post-op pathology confirmed good clear margins of excision and regrowth is not expected. 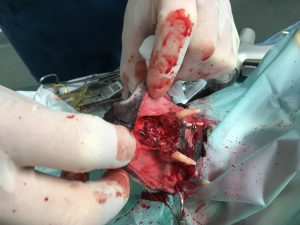 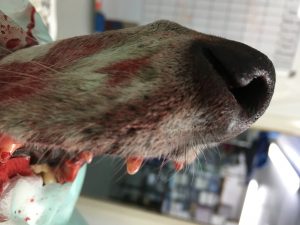 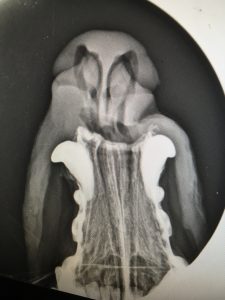 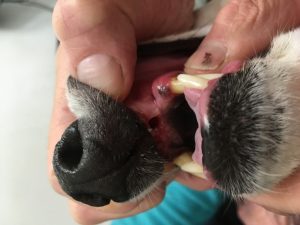