Lola had a large wound after trauma. Her owner vets had attempted a closure but unfortunately this came adrift, and she was referred to us a couple of weeks later for wound closure.

The edges were trimmed and the thick granulation tissue in the base of the wound was debrided. We created a flap from the underneath the body, preserved its blood supply, and rotated it into position to bring more skin in to the wound to close the deficit. 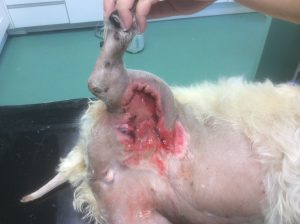 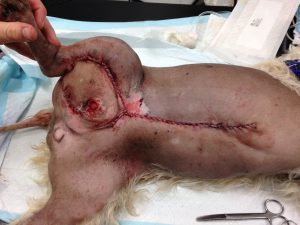 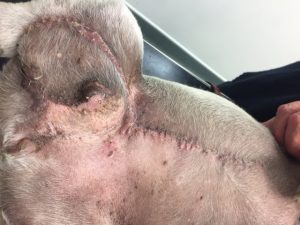 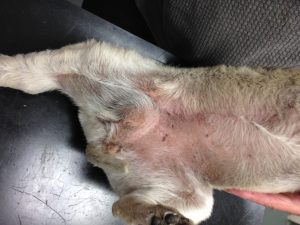