Hemipelvectomy as an exceptional treatment for problematic pelvic fractures

This left side also had no apparent sensation or nerve/muscle motor function remaining to the distal limb. Areas of the soft tissues /muscles of the upper left hind limb were also apparently devitalised – they had lost their blood supply in the trauma and were “dead”. Even if the fractures on this left side had been fixed with plates etc, the prognosis for return of nerve function to the left hind limb was very questionable. The placement of metalwork in the devitalised environment would have carried a very real risk of infection. So we advised a left hemipelvectomy – an amputation of the severely injured hind limb and removal of the underlying pelvic bone fragments. Chalk needed help with early mobility post-op, but returned to a very acceptable level of mobility within a few weeks.

A second case involved a toy breed dog presented with chronic constipation over a year after conservative (non-surgical) management of a pelvic fracture elsewhere. The fracture had healed with a mass of new bone called a callus. This and the poor alignment of the fragments had led to a narrowing of the pelvis dimensions through which the dog was struggling to pass faeces. The faeces was then accumulating “upstream” in the large bowel, and causing significant distress.

Initially we re-cut the pelvis with a bone-saw and used a plate to fix it into a position with improved pelvic dimensions. The patient wasn’t amenable and although initial results were encouraging, constipation persisted in the months following surgery. So we removed one side of the pelvis as part of a hind limb amputation and the patient was then able to pass faeces much more easily, and was still able to get around just fine on three legs. 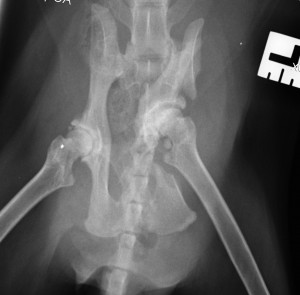 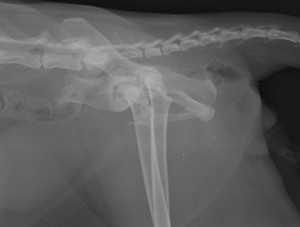 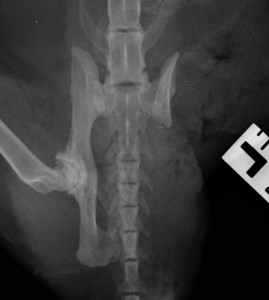 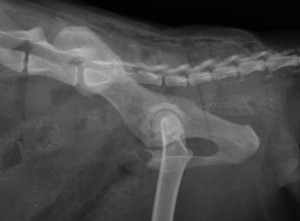