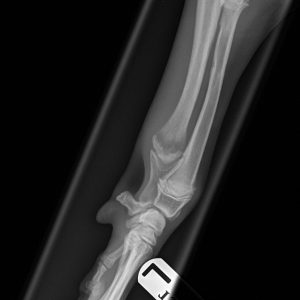 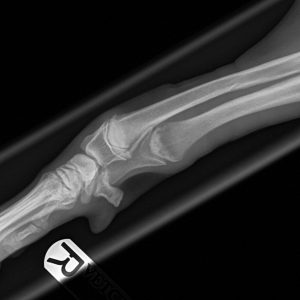 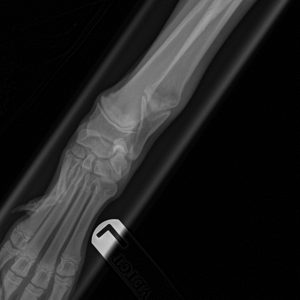 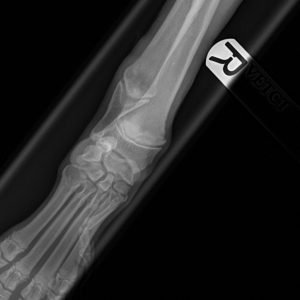 Weimaraner presented to  a practice that refers to us with a sudden onset none weight bearing lame of his left fore limb.

We were able to advise from a distance when their radiographs were sent to us.

The darker radiolucent area just above the normal growth plates, most visible in the ulna, was very suggestive of metaphyseal osteodystrophy, most often in bigger  dogs with dietary imbalances.

A complete balanced diet sutiable for large goring dogs is advised with no other supplementation.

“Complete puppy food … it does exactly what it says on the tin!!”

NSAIDs +/- tramadol cna be considered to manage associated pain while the situation self corrects.

Activity was temporarily restricted to short lead walks on forgiving terrain like grass, and the owner was advised to avoid letting Max jump down.

Repeat xrays were taken a few weeks later and the situation was much improved. 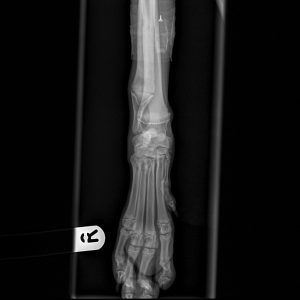 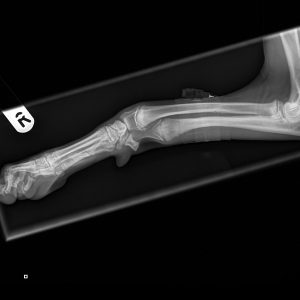 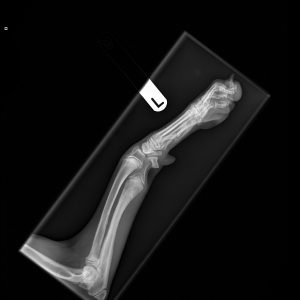