A deformed dachshund puppy is now back on her feet after corrective surgery at a leading veterinary referral centre in the Midlands.

The young miniature dachshund, called Willow, had been bandy-legged from birth but by the time she was seven months old, one of her hind legs had become seriously misshapen. 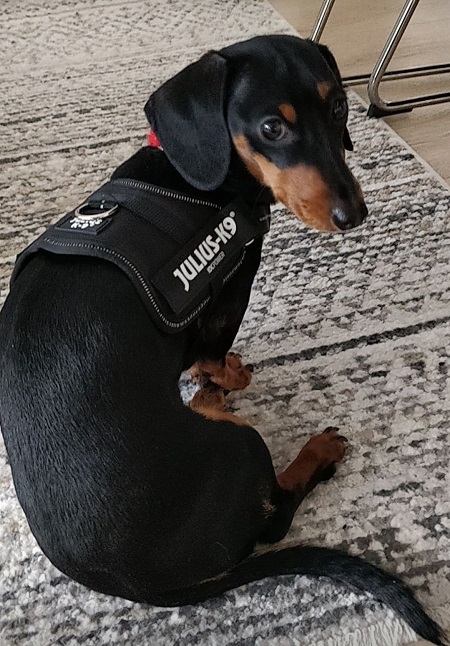 Concerned owners Sue and Mike Seward took their beloved pet to West Midlands Referrals in Burton-on-Trent and are delighted after an expert operation transformed Willow’s look and her life.

Sue said: “At first, we thought she was just a bit bandy-legged but my daughter came back from a walk one day and one of Willow’s back legs looked very bent indeed, far more than the other.

“We were quite concerned as we know this breed is prone to hip and back problems and wondered whether it was a genetic problem or if she had some sort of injury.

“We took her to West Midlands Referrals, who were absolutely fantastic from the very first visit.

“They took X-rays and a CT scan and discussed the results with us, explaining their diagnosis and recommended treatment for her.”

It was Jon Mills, clinical director at WMR, who carried out the operation and he said: “There was an obvious deviation and deformity of the end of the affected hindlimb.

“This is relatively unusual occurrence, as these injuries and deformities result from growth plate problems and are most frequently found in the forelimbs.

“The most likely cause of the damage in this case would be a growth plate injury during growth, especially as it only affected the one leg.”

A corrective osteotomy was performed, where the bone was cut, realigned and then stabilised with an external fixator.

Jon continued: “It would have been easy to make it all very complicated but we decided to just keep it simple. 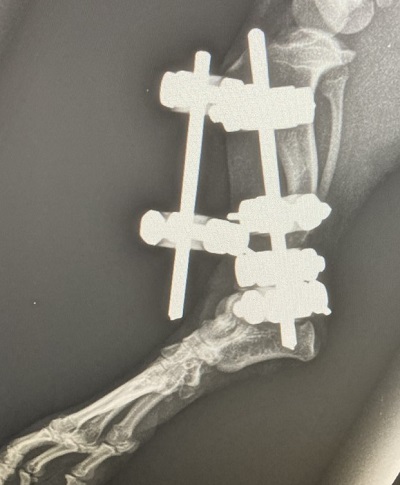 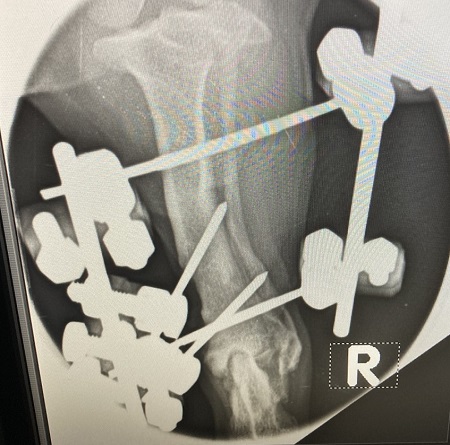 “We cut the bone preserving the periosteum, aligned the limb by eye, fixed it in the right alignment and waited a few weeks for the young and active bone to grow and fill in the gap. 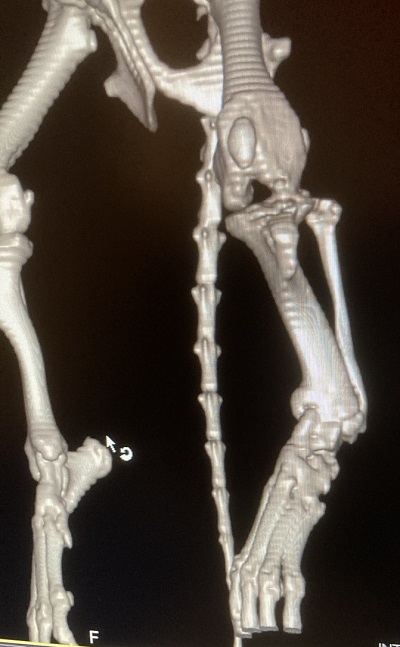 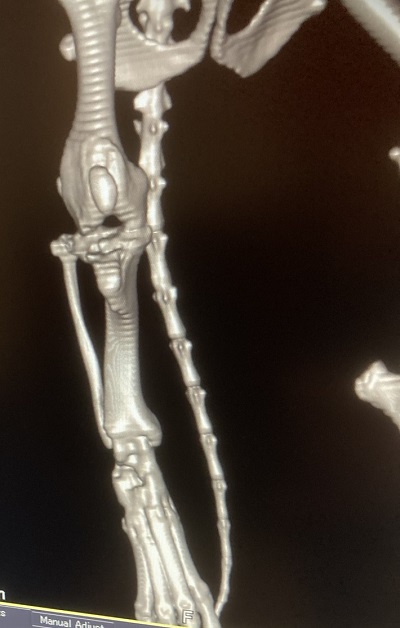 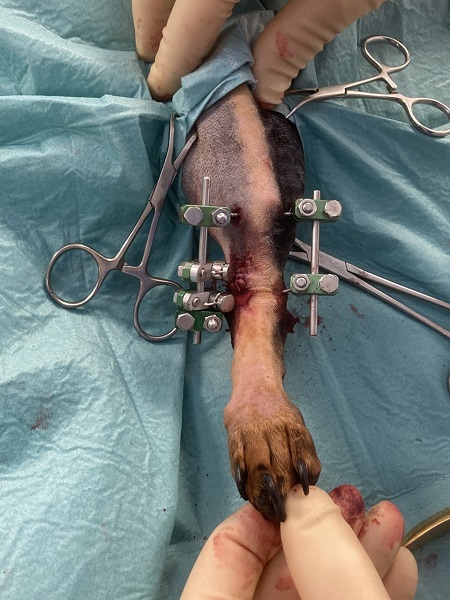 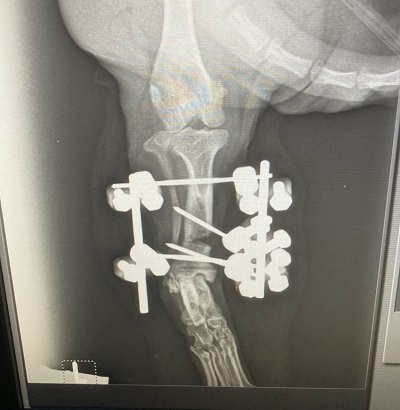 “Surgery was very successful and Willow has made a fabulous recovery. She’s a lovely dog with lovely owners and we’re all very pleased with the outcome.

“She really was the perfect patient. When it was time for us to finally remove the fixator, she lay there completely conscious without any sedation or a muzzle and was actually licking us while we removed the pins.”

Owner Sue added: “It’s all such a relief and the most difficult part of the last few weeks was making sure Willow didn't get her external fixator caught on anything.

“She has recovered very well in fact you wouldn't think she had ever had a problem.

“She’s back to her usual cheeky self and has a nice new winter coat now so she can start taking us back out for walks again!

“We’re very grateful to Jon and the team at WMR and I would definitely recommend them to other pet owners.

“It's a stressful time when your pet has surgery, especially so young, but WMR took a lot of the worry out of the situation.

“They were professional and courteous and were totally focused on the health and the welfare of Willow.”