Fusion of the tarsal joints is often indicated when there is irrevocable traumatic damage to the joint(s) often involving ligament damage. Some breeds like Shelties are especially prone to spontaneous collapse of the tarsal (and carpal) joints under normal loading.

Tarsal arthrodesis can be indicated when the tarsal joints are involved with articular fractures, or when degenerative joint disease is present that is not effectively managed by other means.

The tarsus is a complex set of joints with multiple levels of motion. There is a high motion joint between the tibia (shin bone) and the tarsus, and several low motion ones which are usually restricted from having much movement by a tight arrangement of ligaments. When injury only involves the low motion part(s), then often a partial arthrodesis is needed, and the high motion part is spared which saves the great majority of function. Partial tarsal arthrodesis usually leaves the patient “as good as new”. When the high motion joint is affected, then a pantarsal arthrodesis is required that aims to fuse the tarsus in its entirety with loss of function of all of the joint levels. Even in the case of pantarsal arthrodesis, the functional result is usually very good.

Fusion of the bones that made up the joint takes at least a few weeks. The metalwork that is used to bridge the joints occasionally needs to be taken out at some point.

A variety of different types of plates can be used. If the plate is placed from the side, it screws across several metatarsals. If it is placed from dorsally (above), then it screws into one of the middle two major weight bearing digits. Some plates use conventional cortical screws and some use locking screws. 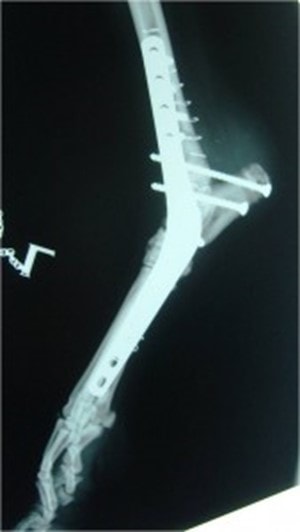 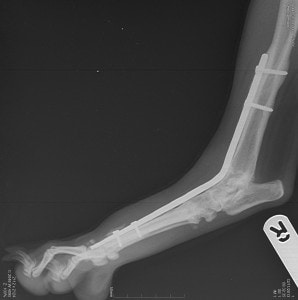 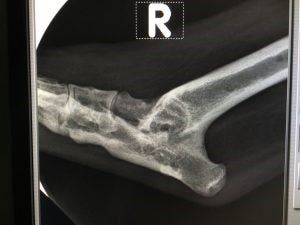 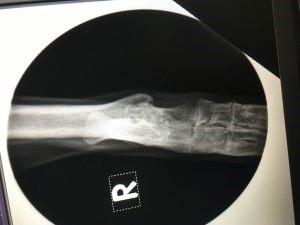 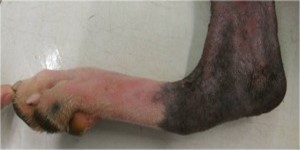 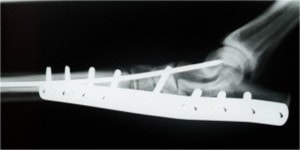