Urethrostomy in a street dog after traumatic penis damage

Kutlis, an eleven year old, 9kg, Lithuanian street dog, presented with acute urinary outflow obstruction. A bite wound months before had led to him losing the front half of his penis. He had reportedly been managing to pee until a couple of days before we saw him.

At that point his bladder was huge. His kidney function was checked and then we performed an urgent surgery, castrating him and re-establishing a urine outflow tract with a urethrostomy, permanent hole in his urethra upstream of the obstruction.

A few months later he represented. He was urinating fine but had abcessation at the base of his penis, thought to result from torn vestiges of the urethra in the penis. The solution was to amputate his (now redundant) penis. He recovered well and and I’m sure the owner hopes this is the last time they need to see us! 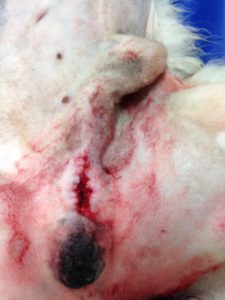 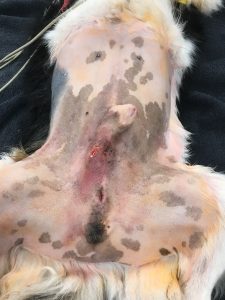 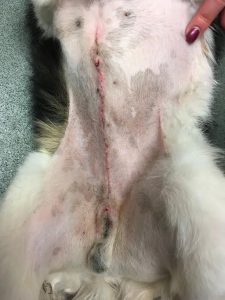