Lyla, a gentle 2y female collie, presented with a collection of fluid under the tongue on the right (a sublingual rannula) and a cystic fluid swelling in the upper part of the right neck.

We would often “marsupialise” such rannulae to allow them to drain to the mouth, but in this case we decided to not marsupialise the rannula for fear of giving an access route for food into the wound cavity on the neck. 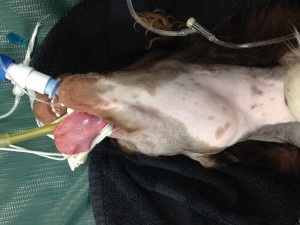 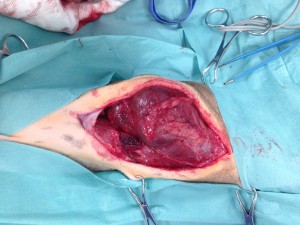