Ozzy recovers after endoscopic removal of a bone foreign body, stuck in the oesophagus for 4 days!

Ozzy, a very likable little Shih Tzu, scavenged a bone out on a walk with his owner and it got stuck in his oesophagus. It was there for four days and he hadn’t been able to eat or drink in that time. The client had financial issues and his own vets had not been able to get the bone out. The owner was on the point of putting him to sleep but decided at the last minute to bring him over and let us have a go at getting it out.

With vigorous rehydration underway by drip, Matteo did a great job of getting this relatively massive piece of bone out using an endoscope and some formidable “grabbers”. We placed feeding tube so that he could be fed directly into his stomach for a couple of weeks. He was remarkably bouncy, remarkably quickly after his surgery. 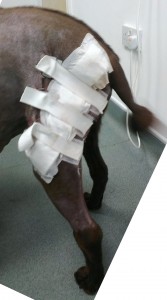 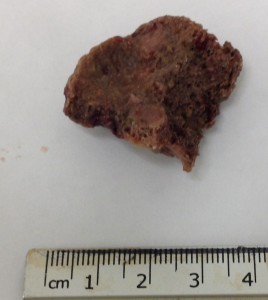 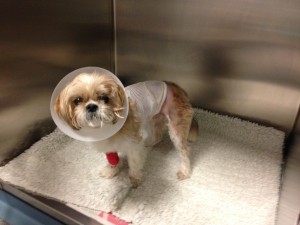