A rescued cat called Banana is comfortable in her skin again after receiving expert care at a leading veterinary referral centre in the Midlands.

Banana was suffering from recurrent infections and polyps (abnormal tissue growths) in his right ear, which led to constant scratching and head shaking.

Amy said the operation finally brought about the end of a miserable spell for her adopted pet, who had been so badly mistreated that he had previously been taken into care by the RSPCA. 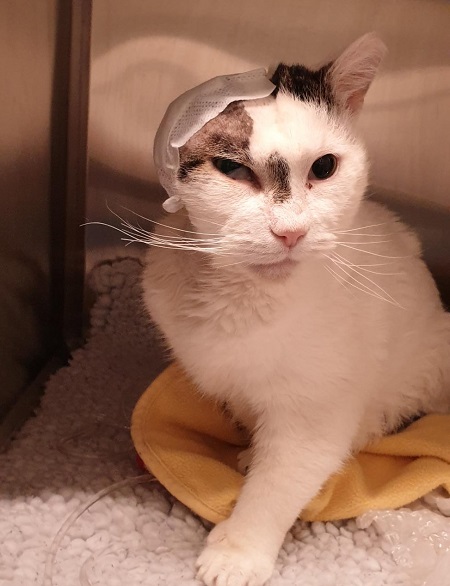 Amy revealed: “The RSPCA team had nicknamed him ‘Banana’ because he’d been sprayed bright yellow when they first found him.

“They thought he was about seven years old and they told me he had quite a few problems. He had lost the tips of his ears through sunburn; he had a number of pellets in him where he’d been shot and he’d had persistent problems with polyps in his ears.

“They warned me it could flare up again – and quickly – but I wasn’t put off and still adopted him.”

Sure enough, Amy soon discovered a pungent discharge oozing from Banana’s troublesome ear and her local vets referred him to WMR.

Amy said: “Andy advised me that there were basically two options. Firstly, try to treat it again and hope it worked this time or, secondly, to remove the whole ear canal, which he advised would be the most effective course of action as everything would be removed.”

Amy agreed with the latter and Banana underwent what is called a total ear canal ablation and bulla osteotomy.

Andy explained the process saying: “The whole of the ear canal is removed including the lateral wall of the tympanic bulla leaving only the ear flap (pinna) remaining. 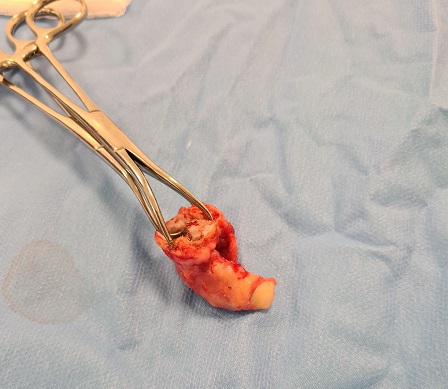 “This allows access to the middle ear for flushing and the complete removal of the polyp to minimise chances of it returning.

“It’s not a common surgery but is sometimes necessary to prevent on-going pain and further ear infections.

“Everything went well. There were some mild skin related complications initially, which have all resolved, and recovery has been very good.”

Amy is certainly delighted and has seen a dramatic change in Banana. She added: “The transformation was amazing. He’d always been a docile, sleepy cat but now he was much more energetic, playful and was obviously far happier than before. 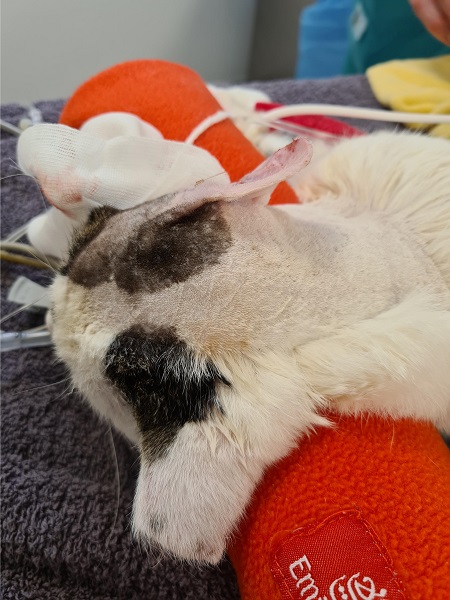 “His ear problem must have really been bugging him and causing him a lot of pain and discomfort but now he’s had his four-week, post-op check and he’s so much better now.

“His personality has really come out and he’s so lovable, so chilled out and such a good companion.

“I can’t thank Andy and the staff at WMR enough and I can’t speak too highly about them and the way they cared for Banana. They were excellent.”