A Parson Russell’s four months of inactivity and sleepiness was finally explained when expert West Midlands vets discovered the beloved pet had been shot.

Three-year-old Hunter was examined here at West Midlands Referrals (WMR), where X-rays taken revealed the dog had been hit by two air gun pellets, one of which was lodged dangerously close to his spine. 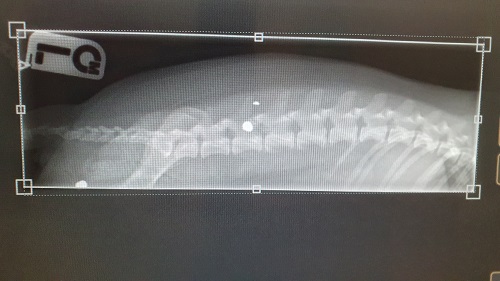 WMR veterinary surgeon Stuart Brown took charge of the case and performed intricate surgery to remove the pellet and ensure there was no permanent damage to the injured pet.

Stuart explained: “Hunter was referred to us after he had become reluctant to move over a three to four-month period. He was inclined to sleep a lot, refused to walk and had completely lost his mojo. 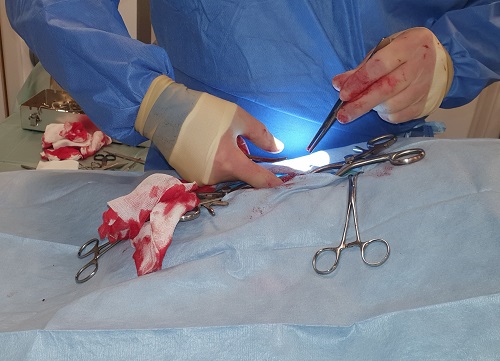 “Radiographs were obtained with Hunter under general anaesthesia which revealed two air gun pellets, one close to the base of his tail and, more worryingly, one adjacent to his spine in his lower back.

“The first one was palpable on rectal examination but was mobile and was not near to any important structures, so I judged that it was not concerning and so it was left.

“However, it was absolutely necessary to remove the other pellet, as it was so close to a vital nerve root which was important for the sensory and motor function of Hunter’s corresponding back leg.

“We believed the pellet was already responsible for irritating the nerve as Hunter moved and was causing him significant discomfort, so it needed to come out to avoid any further impact.

“Surgery to safely recover the pellet was challenging, though, because of its proximity to the nerve root and the spine. 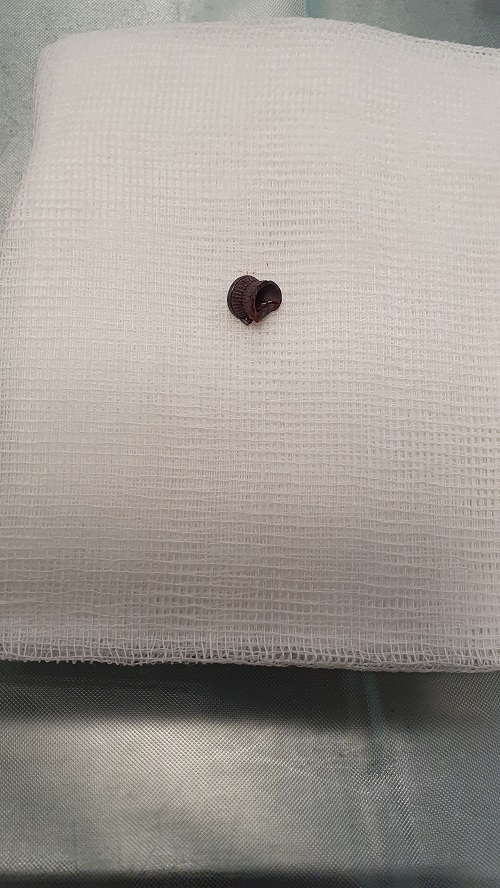 “We needed to retract the surrounding muscles, allowing me to visualise the nerve and preserve it as I worked to locate and remove the pellet.

“Surgery took around 50 minutes. We had good images of the affected area, so we knew precisely where to locate the pellet. We just needed to take obvious care in removing it safely.

“The operation went very well and Hunter was almost instantly improved following surgery and has subsequently returned to being a very happy, active young dog.”