Lateral wall resection in a young cat to remove polyp

Jake, a very amenable 1 year old male cat, had a polyp in his right ear canal. This emanated from his middle ear, but it was completely blocking his external ear canal.

It had come to light when it caused serious middle ear and inner ear issues, including neurological signs.  We managed to remove the polyp after removing part of the external ear canal for access (a lateral wall resection). The polyp is likely to grow again in the future, but there is now access to allow it to be periodically removed as required. If needs must, we can perform a total ear canal ablation in the future to remove the whole external ear canal and part of the middle ear, but for now at least, Jake keeps his right ear canal!! 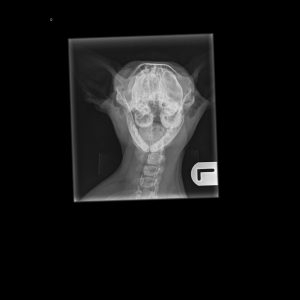 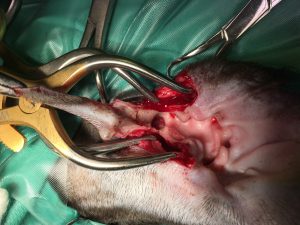 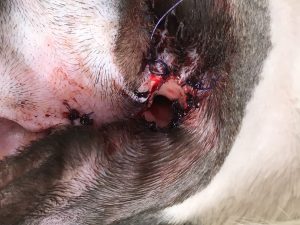