Atlantoaxial subluxation in a toy breed

A young pomeranian was referred to us unable to stand. The referring vet had already made the diagnosis of atlantoaxial subluxation from xrays of the head and neck, viewing the neck from the side with the head in various degrees of flexion.

This surgery was fiddly in such a small dog, but the patient was able to stand within 2 days of surgery. He remained wobbly and needed help to stop him from pitching forwards.We discharged him into the owners’ care a few days post- operatively.

We saw him a few weeks later and his mobility was normal. The owner had found restraining him a challenge in the early post-operative period while healing progressed. He seemed to possess all of the self preservation skills of a lemming, and he seemed hell bent on diving off the sofa given half a chance! 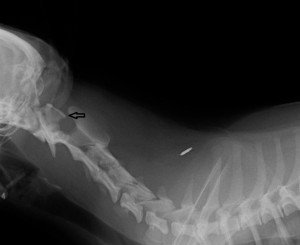 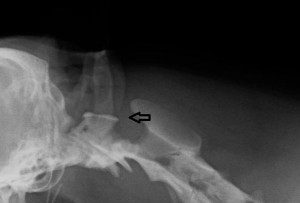 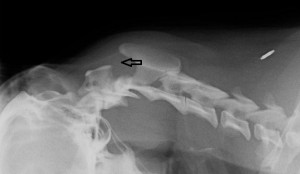 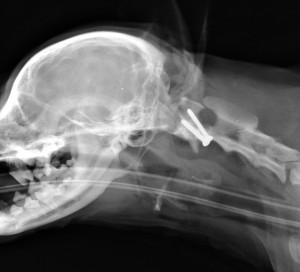